Over a century ago Californians could follow roads from the Pacific to the Sierras and find food, drink and accommodations. In 1895 a cyclist could find roads from the Bay Area to Sacramento or to Yosemite Valley. Today, cyclists in the Central Valley, Motherlode, and Sierras can patch together rides to these destinations. 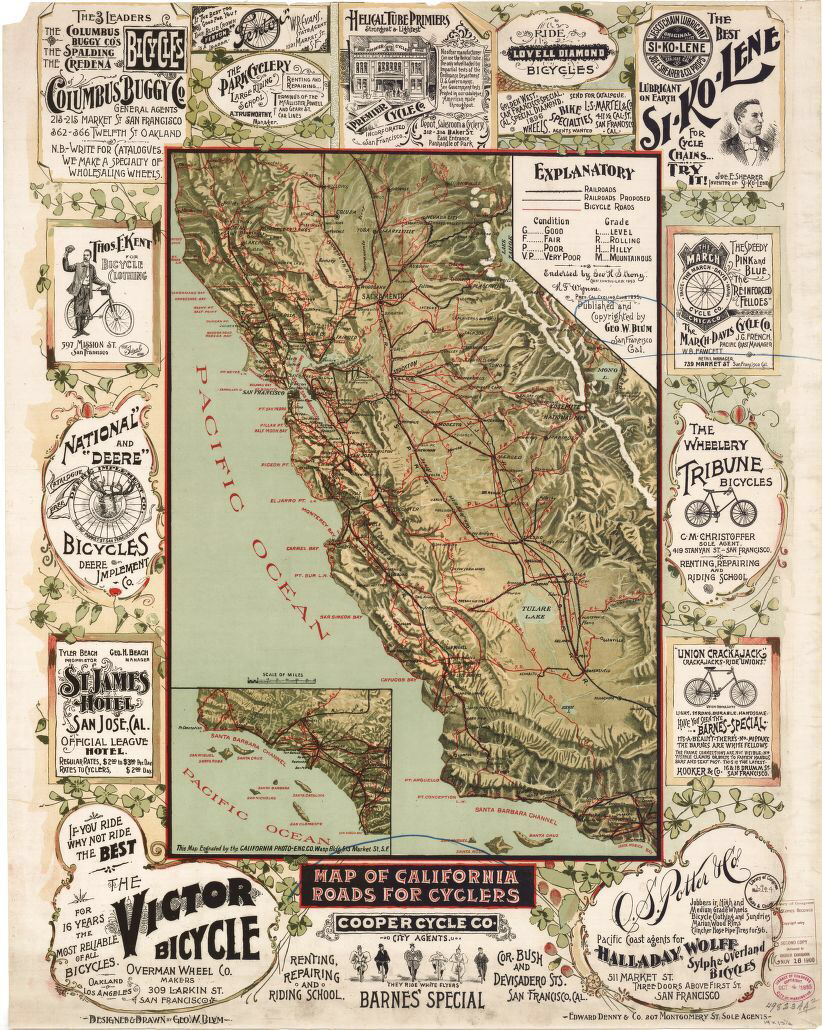 It’s clear, the rural roads in the Central Valley, Foothils and Sierras are popular for recreational cycling. What’s unknown is the economic impact of encouraging cycling tourism.

The first week in April the Sacramento Bike and Hikers sponsor the Party Pardee, a one day bike event that occurs in Amador and Calaveras Counties. The ride is popular because of the scenic rolling hills surrounding the Tri Dam Lakes. This event has been held for 26 years and registers over 1,400 cyclists. Prior and after this bike event the 40 miles of roads near Valley Springs Tri Dam are visited by bicycle clubs, groups, and families. There are local businesses that cater to cyclists: Starbucks, Hawg Dogs, Ace Hardware, and Subway. Cyclists stop for a coffee, lunch, or buying a spare bike part. Local camp grounds near Valley Springs are Lake Comanche, Pardee and Hogan that cyclists stay the night before or after their ride.

“Promoting Safe Bicycle Travel Opportunities for Bicycle Tourism,” is a strategic collaboration of transportation agencies from five counties: Tuolumne, San Joaquin, Stanislaus, Calaveras, and Alpine. The goal of the project is to improve public safety, increase active transportation, and promote economic development through a comprehensive plan to promote bicycle tourism that emphasizes safety improvements on state and local routes across county lines.

The Cycling Tourism Grant is funded by Cal Trans and the final project plan will identify bike routes for enhancing bicycle tourism, with an eye to improving travel conditions for all modes, and for residents’ travel needs as well as those of visitors.

This link allows you to participate in shaping Cycling Tourism in the Central Valley, Foothills and Central Sierras.